Thursday, March 22nd, 2018 marked the day NITI organized its first Industrial Symposium.  Under the auspices of Mr. Mohammed Al-Subaie, Director of the Local Workforce Development Department (LWDD) of Saudi Aramco, the National Industrial Training Institute (NITI) organized the Joint Ventures Open Day Symposium under the theme “Empowering the Workforce through Training and Certification” at the Institute’s headquarters in Al-Ahsa.

To begin proceedings, Safety was given its deserved attention as two trainees from ARKAD, and members of NITI’s Safety Ambassadors’ Club, delivered a safety presentation to the gratification and the delight of all attendees.

In his Welcoming and Opening Remarks speech, NITI Managing Director (MD), Ghanem Al-Qahtani,  extended warm greeting and thanks to the assembled guests for their attendance and participation. He went on to communicate his appreciation to NITI Founding Members; SA & TVTC, as well as to NITI Stakeholders & Clients for their continued support to NITIHe announced that NITI had started its journey to be a Center of Excellence. He stated the Event objectives and highlighted NITI’s core values and driving force; Safety, Quality & Ethical Work Practices. Some success stories were shared –  seventeen (17) NITI Motor Vehicles Accidents in 2016, were reduced to only one (01) in 2017. NITI was awarded the distinguished Getenergy Award, in London, UK, in May 2017 for being the best Education Partnership and it earned the International ACCET Accreditation Certification from the Accrediting Council for Continuing Education & Training in the  USA, in December 2017.

Mohammad Al-Subaie, the Director of the LWDD, delivered “NITI Event Speech”. He highlighted and appraised the various initiatives taken by the different entities in the Kingdom such as that of AKTIVA to support and increase Saudization at all levels. He commended the important role played by the vocational institutes like NITI to train and develop the local workforce to meet the market and industry needs. He recognized NITI for being an exemplary institution and for spearheading such noble efforts.

Following three (3) very interesting and insightful presentations, the Master of Ceremonies invited the Keynote Speakers, NITI Managing Director, and Abdullah Al-Beshr, NITI Director of Training Operations, to participate in a Panel Discussion, where individuals from the audience asked questions related to the three keynote speeches and NITI in general.

After lunch, the participants moved to booths in the adjacent hall, where several sections were set aside for equipment and tools for demonstration purposes. The safety section contained a vehicle simulator for safe driving instruction and demonstrating safe driving practices.  For smart learning initiatives at NITI, personnel at a stand explained how technology (the iPad) is utilized in the delivery of academic lessons. Other sections were devoted to explaining the applications of technical and vocational training, such as electrical control systems and pumps.

The Electrical Section conducted an impressive presentation about one the most important pieces of electrical equipment used in industrial plants and other domestic applications nowadays i.e. the Uninterrupted Power Supply System (UPS). Other impressive displays included the following:

The day concluded with participants touring academic classes, technical and professional workshops, and acquainting themselves with the modern equipment used by the Institute to prepare the Saudi youth for the labor market in the field of oil, petrochemicals and related industries. 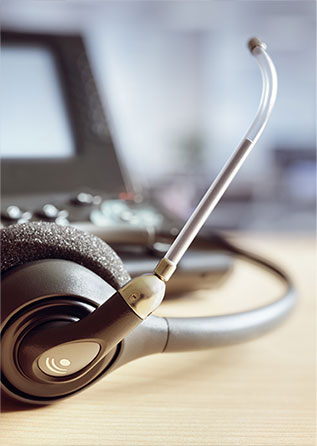 Call Me Back
Give us your details and we’ll call you! 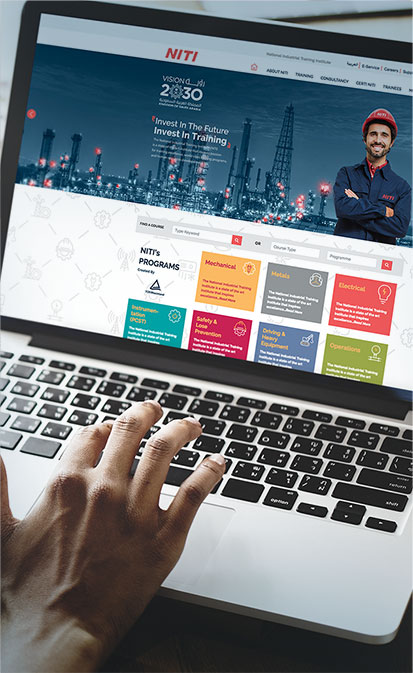 We are welcoming your suggestion at

Please help us to know more about your experience at NITI

Please share with us some details about your needs and how we can help.